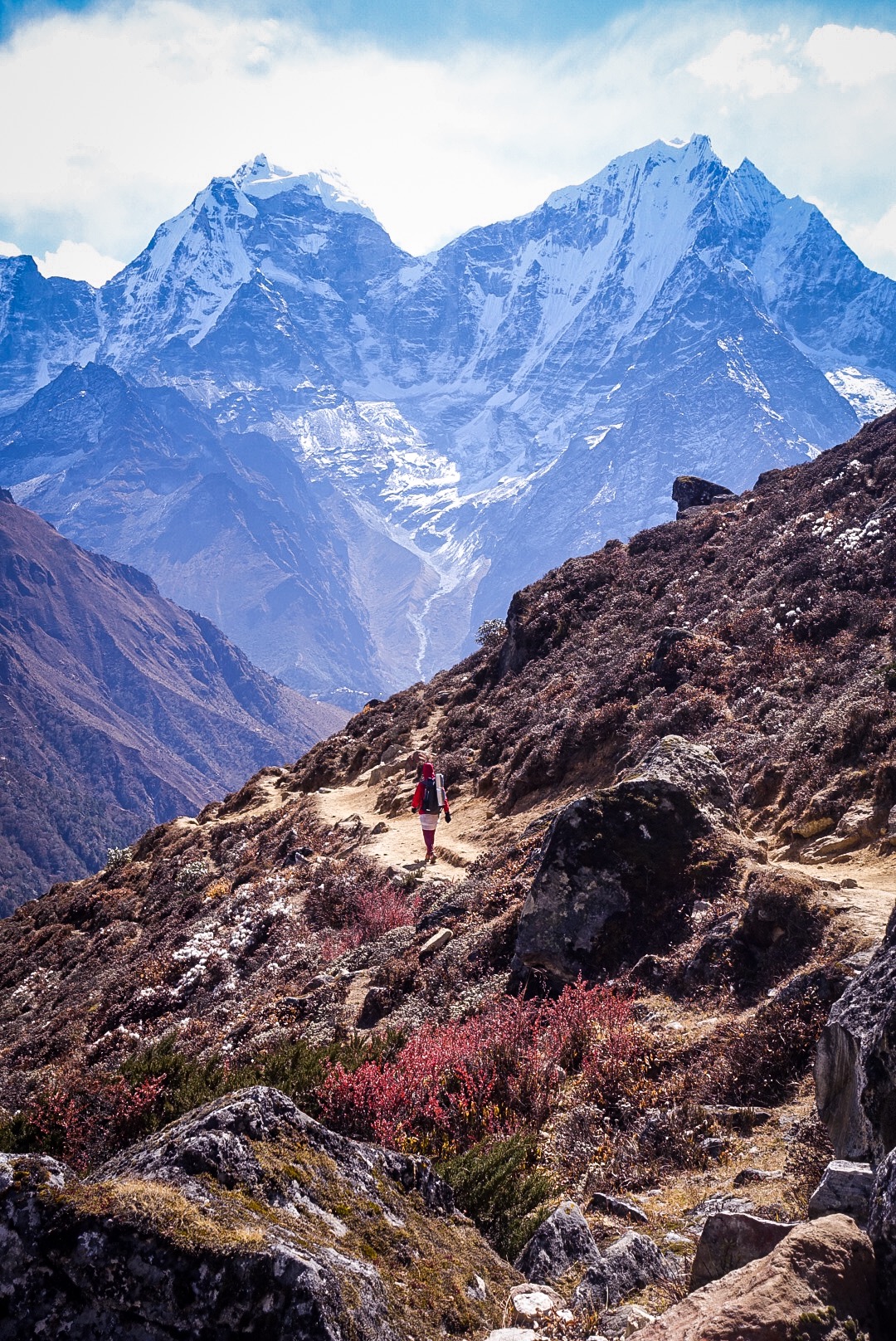 The way of following the flow

a little continuation on how everything is going. 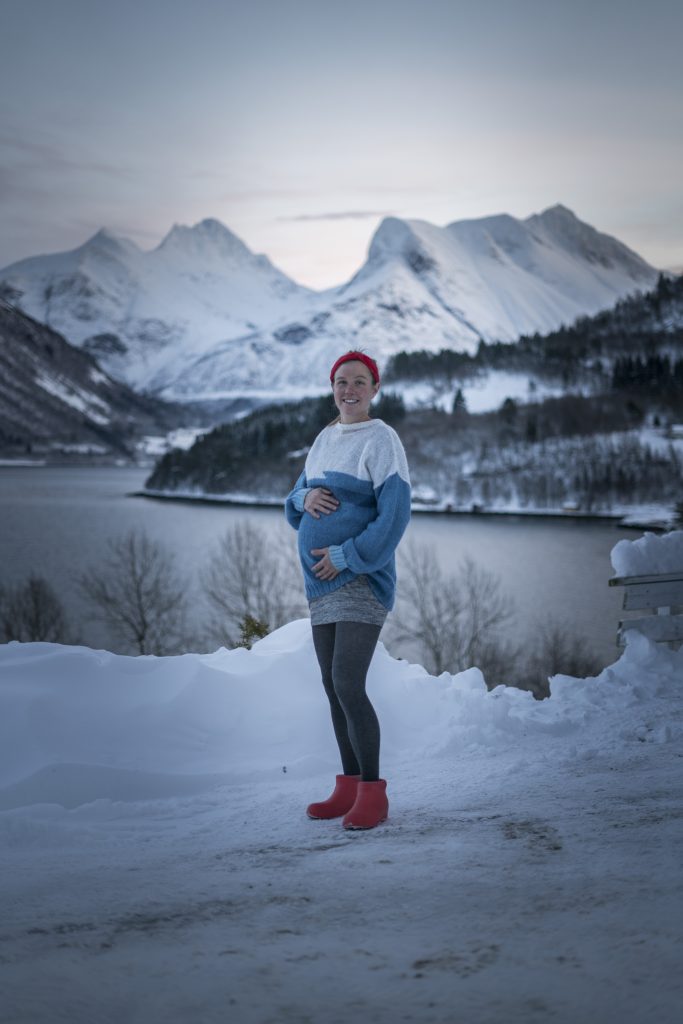 The belly is growing just fine!

As in the previous post I was writing about accepting and adapting, like in all aspects of life, you do the best that you can, and trying to embrace every step of the journey you are on.

As my belly grows I get happier and happier, being pregnant is the most beautiful and amazing experience, and I could not imagine feeling this way! Like I have EVERYTHING. Not in terms of material things, money, knowledge or anything that the term I have everything can mean, but just to feel so very fortunate. And calm. Like everything will be fine. I often feel in an uncertain way of living, that everything will be fine, if I just do my best, but I feel it more deeply now. 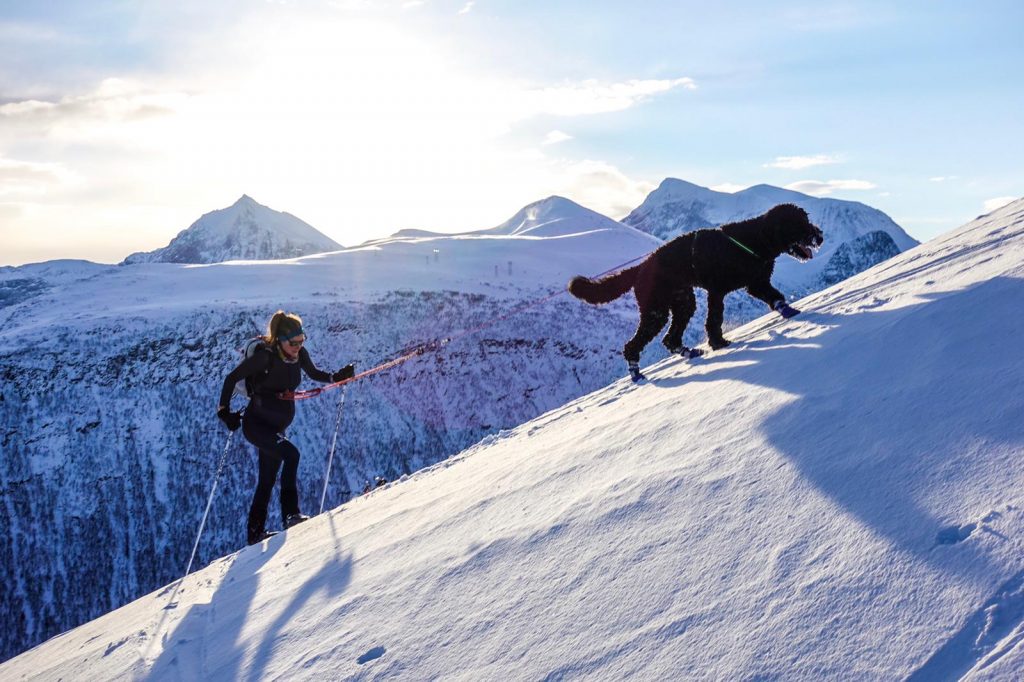 The training is going good! And when I talk about training, its not at all the training I did not being pregnant. Same on this subject as I wrote before, its about adapting and accepting. Not compare, even though for sure its hard to not compare sometimes I think ah man I don’t train at all!! Of course, looking back to one year ago, the training I do these days its literally nothing, but its all different. WE are all different and that is so important (but easy to forget) to remember.

The first months of pregnancy my energy was crazy low. Talking with friends I think I had less energy than average.. But I also think that maybe that was what my body needed? It was not until October ish I started to feel better, but then a few months of not much training made me feel slow and tired. And at that moment I had not worked enough with the real peacefulness and adaptation of just being pregnant. So at that time I was feeling not super in balance. Looking to other runners/ athletes that looked like they had been able to train so good during the whole pregnancy, and it was hard not to compare and wish it was me. But step by step I just accepted and I did what I could.

Coming back from Nepal in the beginning of November 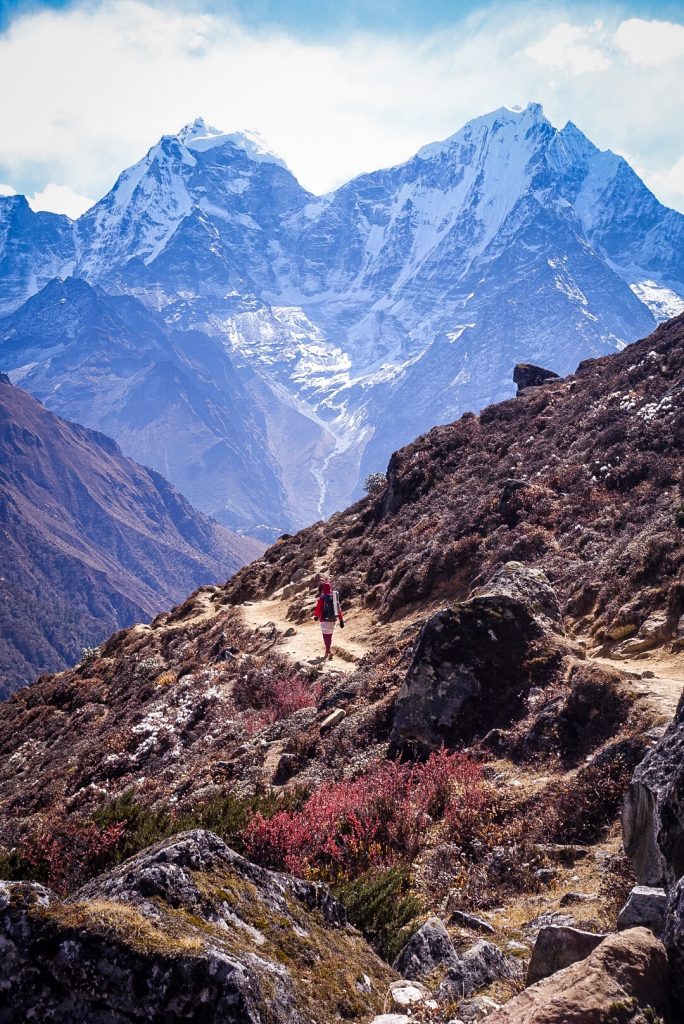 I started to feel good to train, like I actually was training and not just moving slow. But then the flu hit me, and I was low for almost 1 month. Crazy. Maybe the Himalayas took more energy than I thought? I don’t know. But it was wonderful to be there to easy jog and hike!

Later in November I started to ski, and I found that much softer for my body. Running now was not feeling good. I had pain in the symphysis. And I felt that my core muscles was not enough for running. ( Good motivation to train the core very well after pregnancy!)

So here I am now, training on skis everyday, and week by week I feel like I have more energy.

I do some strength training, mostly upper and lower back exercises at the gym, and some arms too. I also do some stretching, mostly for my upper back, as I can feel I get very stiff if I don’t do that. But if I do some minutes/ 10-15 morning and evening I feel in a good shape!

I get some questions about how to train during pregnancy, but I think we all know that there’s no answer that fits everyone. Some can run during the whole pregnancy, and some can not even walk. We just need to work from where one and self are right now. 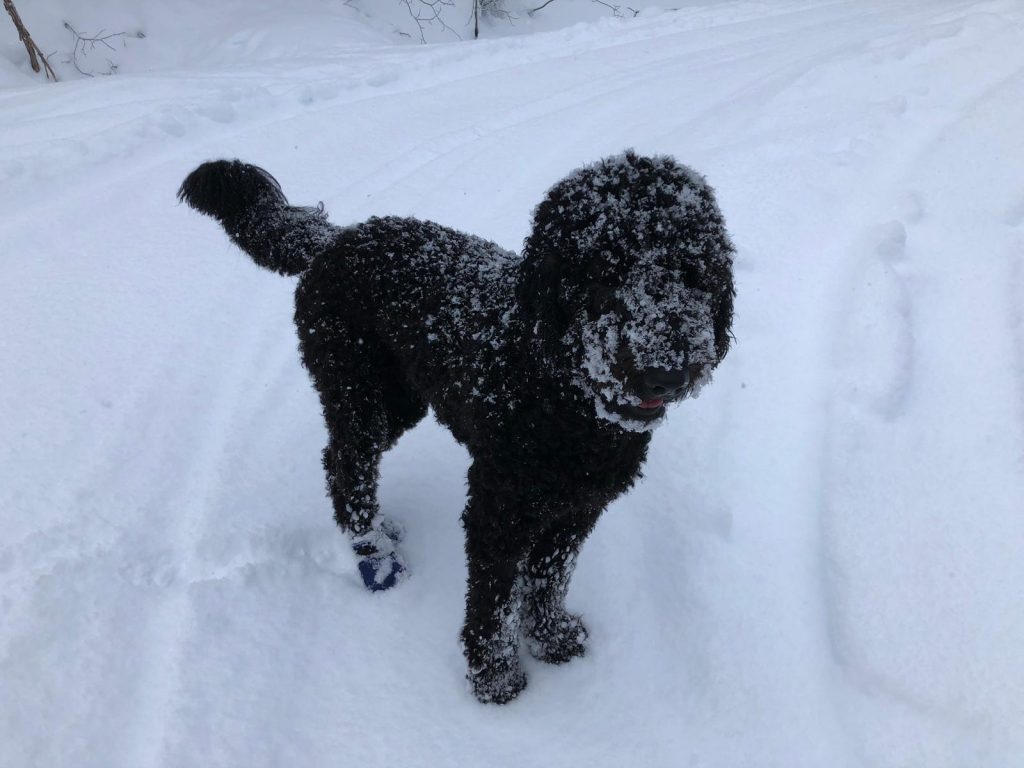 Ah and yes; this is Maui!

1 year old golden doodle. We knew him since he was just a few months old, and now he permanently is living with us. Parts of his first family has moved to NZ so we have adopted him. With our kind of work as athletes we are traveling a lot, as you know, but another neighbor and parts of his old/other family will take care of him when we are away. So we think its a good solution for this lovely dog! I love dogs, and since I was a teenager ( when I had 2 german shepherds ) I always wanted one, but the big responsibility scared me. I thought I would end up with a husky or greenland dog, but the last few years I have actually been looking to a mix with the big poodle, as they are so cleaver, agile and strong! And they don’t shred which is so awesome, and easy for one who doesn’t like to clean the house..!