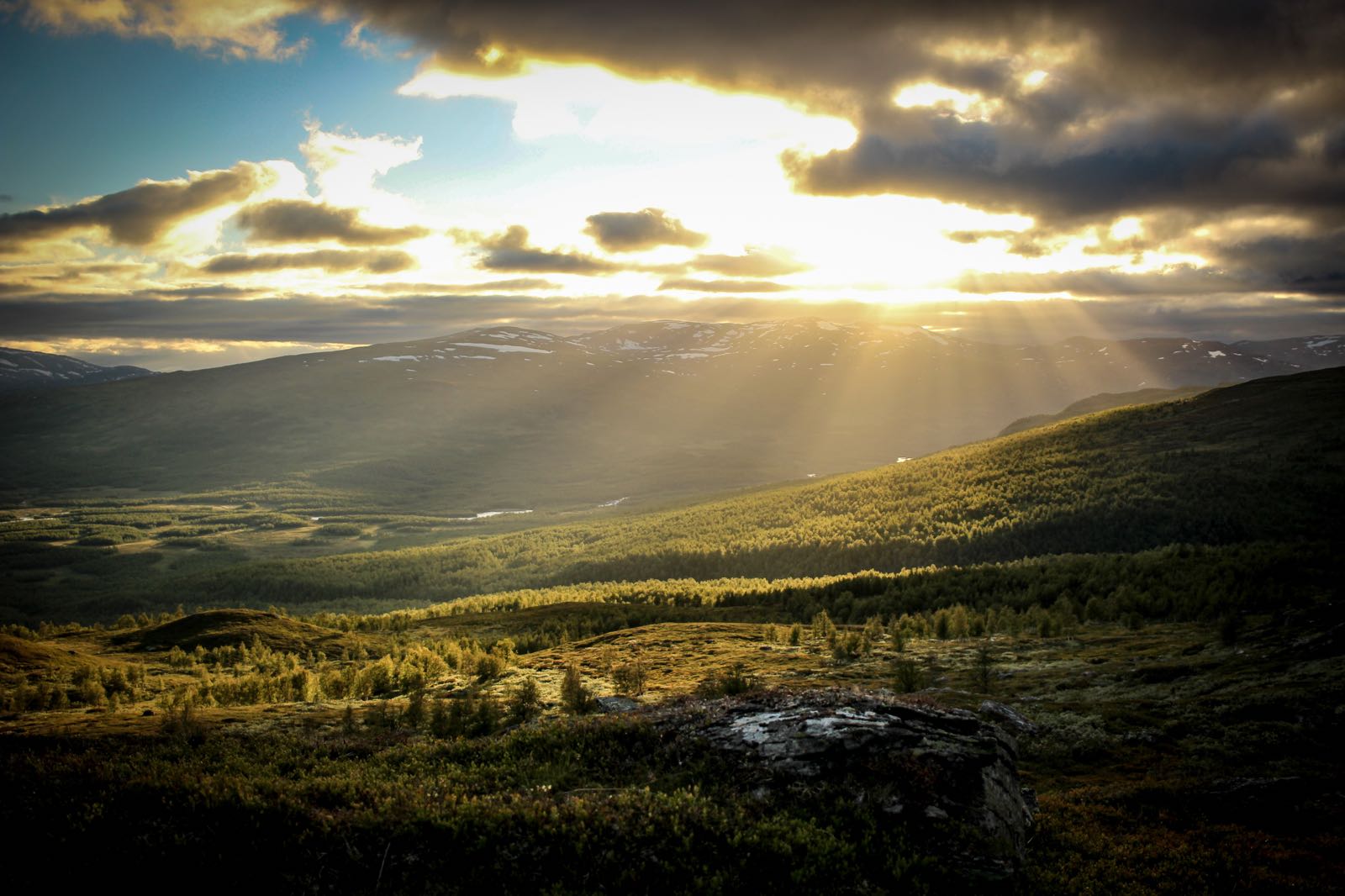 Emelie Forsberg achieved yet another record. After establishing new speed marks in Monte Rosa and Mont Blanc in late June, she now possesses also the Fastest Known Time (FKT) in the Kungsleden Trail, in the Swedish Lapland. Emelie Forsberg completed the 450km trail in 4 days and 21 hours, beating the current FKT, held since 2017 by norwegian ultrarunner Sondre Almdahl, who completed the trail in 6 days, 2h 51’.

When she arrived, Emelie stated: “I can hardly believe I have done it! When I started planning this route, I looked at the distance, the hut system and the plan we made, and I thought it was possible, but that it would be a big challenge for me. To actually achieve it, it’s a dream come true. I had some really bad moments, but it wouldn’t be a challenge if you didn’t have those, because it makes you learn and appreciate what you’ve done. Now I feel very tired, but extremely happy” 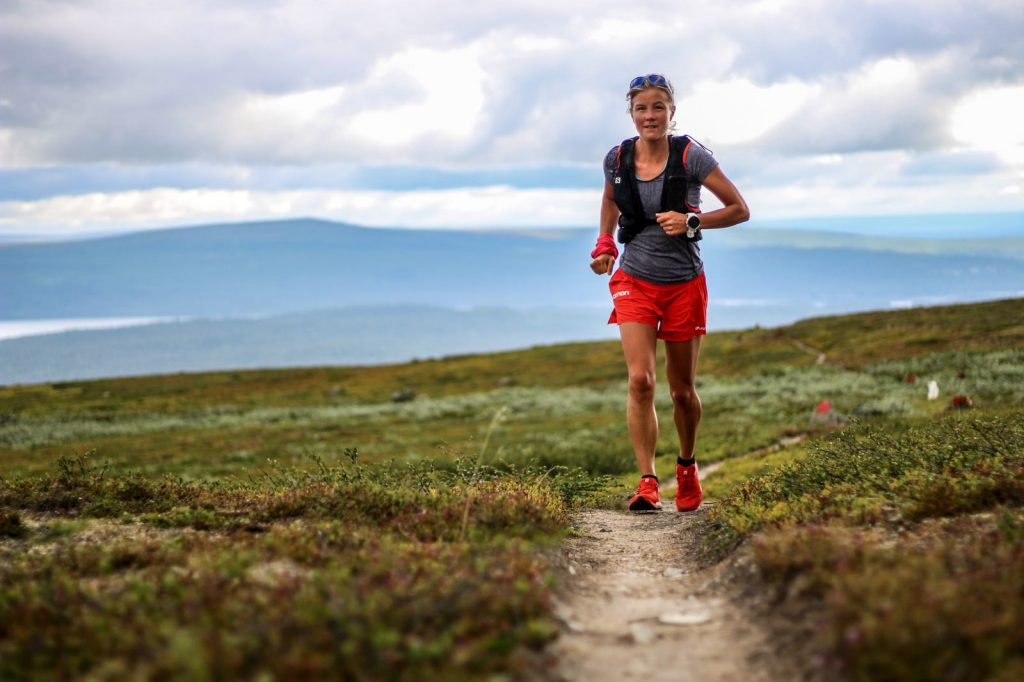 The Kungsleden (King’s Trail) is a 450km hiking trail in the Swedish Lapland that hikers usually cross in no less than 15 days. The spectacularity and the wilderness of the aspects make it for a very popular hiking destination in summer and for cross country in winter. It starts in Abisko in the north and finishes in Hemavan in the South in a rather flat terrain: the highest point is the Tjäktja Pass at 1.150m and the lowest at Kvikkjokk (330m). However, the trail is challenging not only for the distance and the terrain, but also around the logistics as, the trail also involves crossing some of the rivers that crosses the Vindelfjällen Nature Reserve, one of the largest protected areas in Europe. For those water parts, there are sometimes scheduled ferries, and some other parts, the runners have to row themselves, and therefore the timings have to adjust to the boat schedules as well.

The challenge for Emelie Forsberg started on the midnight of July 3rd in the northern part of the trail, in Abisko. The first stage was the longest, running 116km through the midnight sun until reaching Saltoluokta, the hut were Emelie worked when she was 19 and where her love for the mountains started. 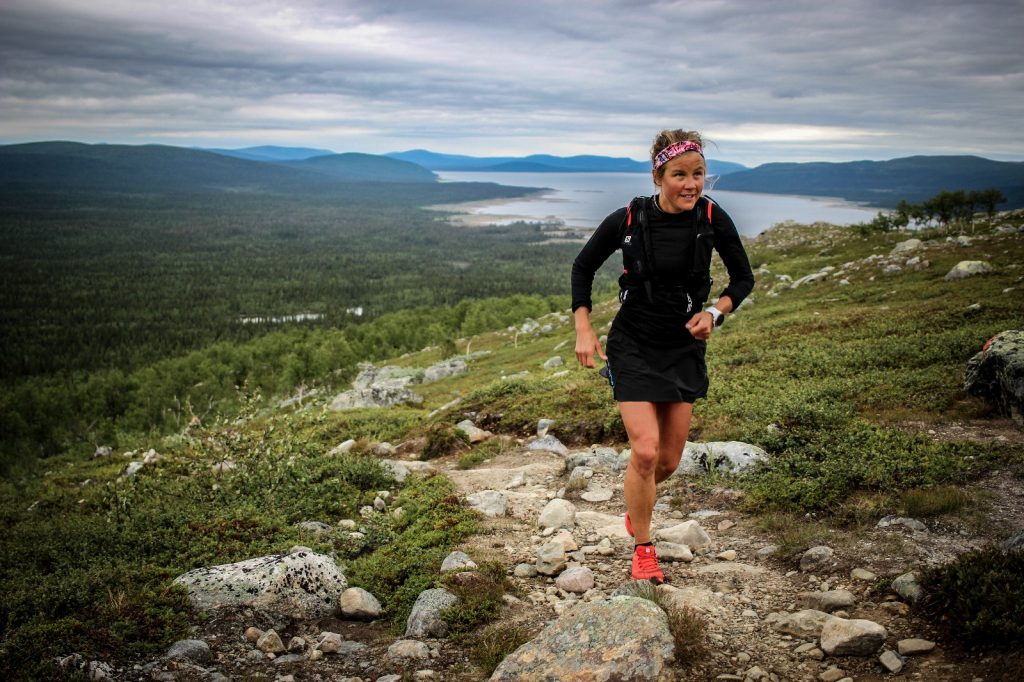 From there, the Swedish athlete ran the 70km of the second stage until Kvikkjokk. Despite the amount of kilometers, Emelie’s legs were feeling fresh and so was her mood. The third stage was probably the wildest, running through a wild and not concurred track of 96km. “I was running alone today, and it’s so nice the state I got into, just one step at the time, a good pace and to enjoy the beautiful surroundings. I am so lucky”, explained Forsberg.

On the fourth stage, Emelie started in Jäkkvik feeling very tired. Little by little she started to feel better and managed to finish in high spirit the 97km of this stage. The end was hard, but the end was near.

Finally, on Saturday July 7th Emelie ran the last stage of the Kungsleden. Despite having sore legs, the motivation was high to achieve the challenge, and Emelie completed the stage, and therefore, the trail. Stopping the watch: 4 days and 21 hours.

The challenge will be part of a Salomon Running TV episode, launching in early 2019. 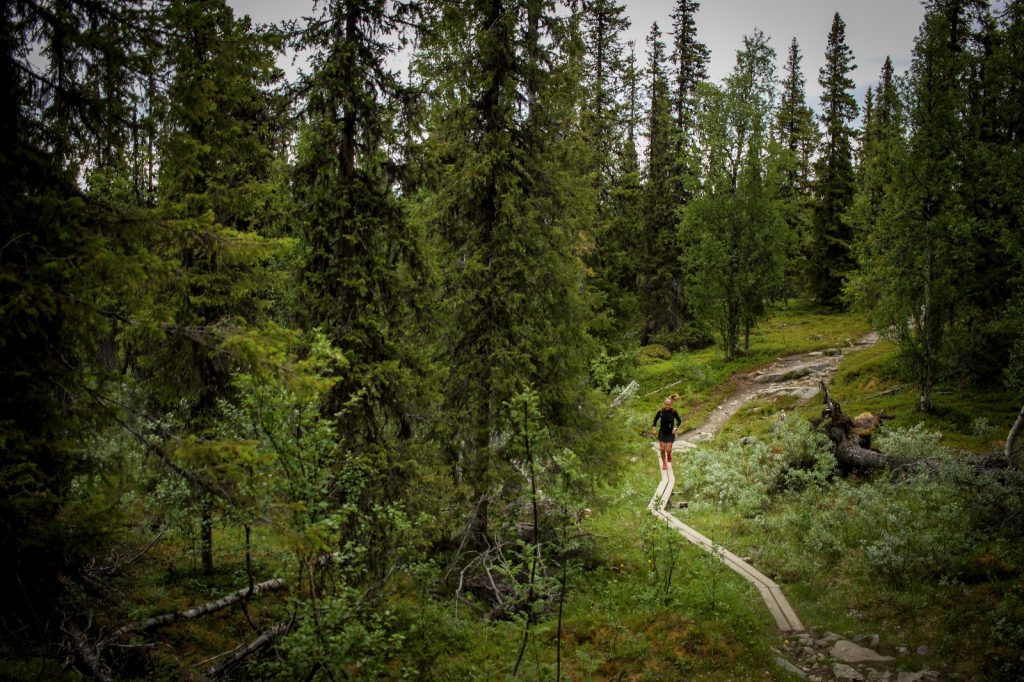 Some data about Emelie’s Kungsleden…

Many nice meetings with hikers 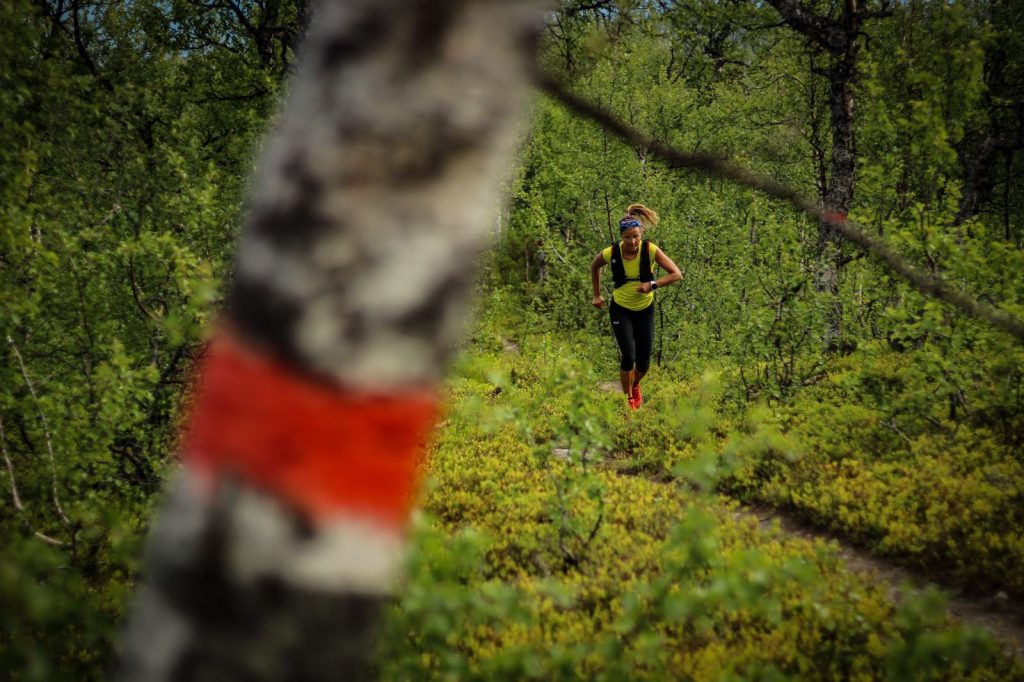 all pictures by Philip Reiter