After ice trail, which was one of the most demanding races I´ve ever done I had many more races to go before my planned race-break. My mood was racing. Like last summer. But the difference from last summer is that I have add longer races to my schedule.

My training has changed when I´ve done longer races. Now when I go out in the mountains a voice inside keep telling me – Emelie, you have a long race coming up maybe you shouldn´t do a 8 hour day.. again..? ! That´s not a fun voice to hear. But I´m open minded.. So I have not done so many long days.

Anyhow. After ice trail the European championship kicked off just 5 days after! The vertical km that was the first European Champion race was the first race out, so no long days in mountains. Especially because of the Dolomites skyrace was on Sunday, just one week after ice trail. Dolomite was one of my “goals” with the season. I wanted to return and defend my last year victory which I did and that was great! And to be honest I was very tired in the week. Even though I wanted to go out for longer runs I just couldn´t. That was frightening. And not good for my mind.

Time for long days in mountains..? Not yet, the Championship was not yet over. One more to go, Trans d´havet.  And once again, I was tired. It was strange because I felt good in all the muscles but when I was out training I had not too much energy. That is not very inspiring!! So I doubted to even start the race but I decided it was worth a try. I knew that if something felt wrong during the race I was able to quit. Not a single race is worth to be destroyed for.

And speaking of the race, the profile was frightening. 5500 meters and 80 km! I calculated that it could take Nuria Picas and me about 11 hours to run. So.. in one way I had my long day in the mountains just waiting for me..

Once again I started a race with the last week of tiredness in my mind. But as soon as the start went off I felt good. Again.  I had a very good race.

And this is what I think is dangerous. When you feel lack of energy during the weeks and then you can still give a lot during the weekend’s race. For sure I could continue doing this, because why not..? The race results are good!! But when I think it over once again I realize that I need a rest. It´s not the racing I want. I want to be fresh every day. Not just 1 day every week. So even though I´m very (very!!) tempted to just continue doing race after race now I´m going to take some weeks off racing.

So my planned break the first weeks of august suits pretty well. I must say I was cleaver when I early in the season booked that in my calendar.

So it´s time to rest, recover, and refresh the mind and the best, to do long days in mountains!! 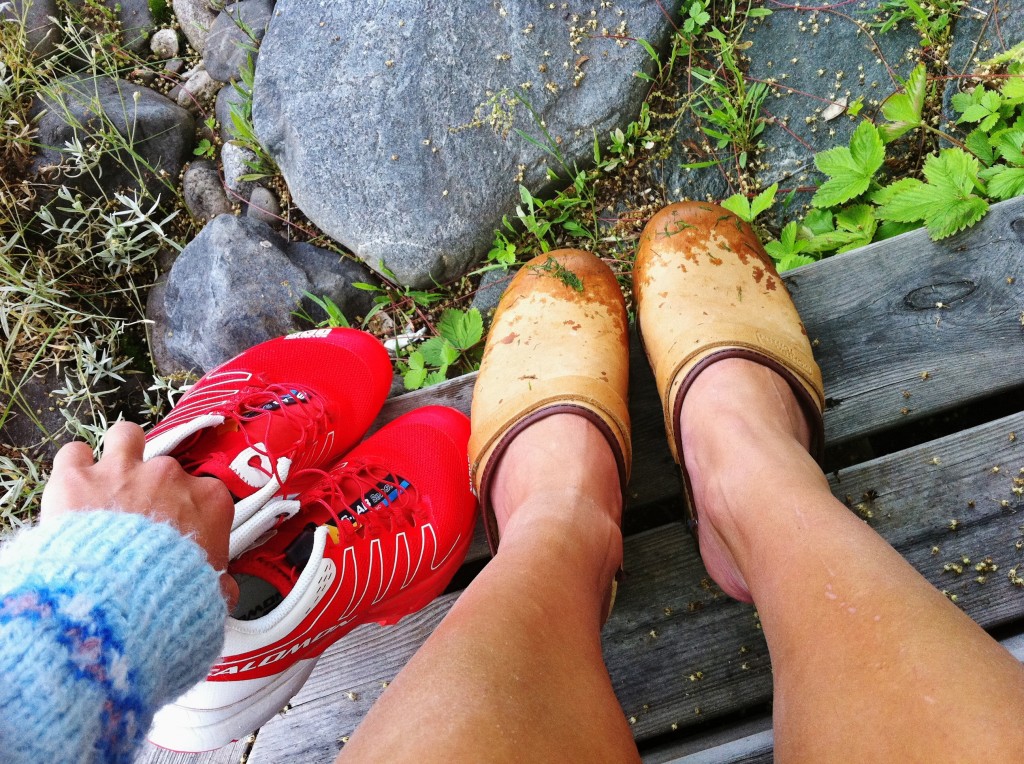 Changing shoes for some days..