Hit enter to search or ESC to close
Blog

One of the goals

that I think of when I lack motivation or inspiration to train, or when I just want to bring some extra light into a dark December day is what I will do during some weeks during March and April.

I want to follow my plan to stop racing after the World Championship in Italy in March, and the carrot to do that is to think about what I will be able to do during those weeks at home!

First of course training, I want and need to keep strong for the summers races. And speaking of that I will start to run slowly after the winter, not like I normally rush into the season with an ultra one week after the last ski race.. This is a smart plan. To focus a tiny bit more on running after march but still be able to explore more of the mountains around here. And to do races in Norway and Sweden.

To make the garden bigger. That also means that i want to build some small boxes to create some small greenhouses with old windows, plant seeds indoors so they are bigger when I put them out, and all other outdoor work that needs to be done.

And to tell you the truth, the second carrot is the biggest one..

And speaking about carrots, I don´t know if this applies on english as well to have a carrot as a goal?

What a goal for an athlete ha? 🙂 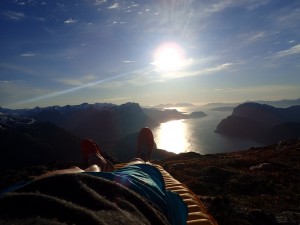 My veggie garden is somewhere in-between my feets 🙂