I have the feeling that the winter is over. Still it´s endless of white fluffy snow in the mountains, and it will stay at least until the end of May in the high mountains of Tromsö.

But ay, I said to myself that in the middle of April I should start to prepare for my running season.

Last weekend was it the last ski mountaineering world cup race here in Tromsö. I wanted to join and I had the feeling that I almost needed to, because it was in Tromsö. And that´s where I live you know.

I didn´t really had the motivation. I think it was because I had many weeks of traveling and switching between running and skiing. I was a little ambivalent!  When I don´t have motivation I normally do other things. That gives me more and that I can give more energy to. I think there´s time for everything, you just need to find the right moment.

Anyhow, I came home from the advanced week with Salomon in USA last wednsday with a cold. So that was an even bigger sign that I should just not race..

But I did. The sprint was ok. Short! And sometimes I´m fast :). But the longer race that was held on Sunday was too much for my body that had cached a cold.

I was proud of my decition to not finish the race. I had a good position but I realized that to be happy with the race I needed to push. And my decision was that it´s not worth pushing if my body is not fit for fight.

Still one of my biggest sayings is that nothing is worth so much to keep the health. Because otherwise I cannot be out exploring, enjoying, running, skiing or whatever I want to do in the mountains!

To make a “finish” of the winter season I went out to a small mountain hut in the alps of Lyngen ( 1 hour from tromsö). It was great to just feel the mountains and to feel no pressure of things to do. I had in mind that I even didn´t need to ski. But I wanted! 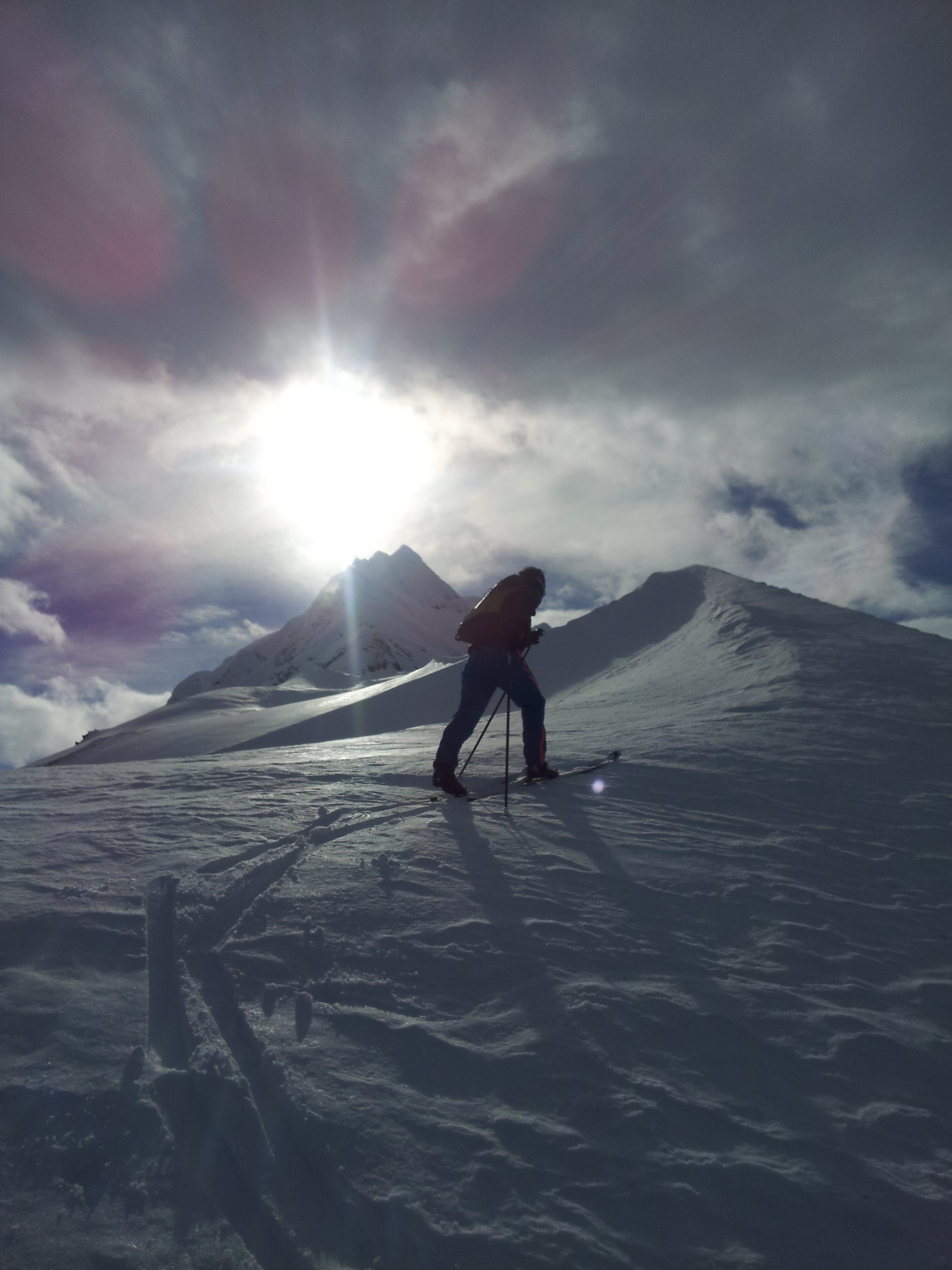 So we had some nice and steep colouirs and magic views.

On the boat back to Tromsö, hasta la vista Lyngen!

That was a good end of the season. A nice good bye.

I´m sure I will take some small skiing sessions in the mountains still but the goodbye was a lovely feeling to feel!

And you know what? It´s only 24 days until Transvulcania.. So I think it´s good to start running a little bit more now 😉

Take care of you folks!